According to these two articles, one by the Guardian, Peppa Pig pulled: China cracks down on foreign children’s books and one on South China Morning Post, What does China have against Peppa Pig?, the Chinese Government has started to limit the number of picture books originally published overseas in order to both foster local children’s book publication and have a firmer control over the kind of ideology conveyed through the local picture books. (Thanks, Jeff Gottesfeld, for posting these links on Facebook!)

I am monitoring this progress and will report back for those interested in following this topic.  But, right out of the bag, I’d like to point out that the number of translated books for children in China has always been huge and overpowering.  Look at this screenshot of the top paperback picture book bestsellers on their largest online children’s bookstore: 2 from the Netherland, 4 from the United States, and 2 from France.  Not a single title is by Chinese authors or illustrators.

Compare this to the top selling picture books on Amazon in the U.S. (There is no such category, only best selling children’s books.)  There are eight picture books in the first twenty titles which are mostly Harry Potter books: First 100 Words by Roger Priddy, The Going-To-Bed Book by Sandra Boynton, The Wonderful Things… by Emily Winfield Martin, Giraffes Can’t Dance by Giles Andreae, The Giving Tree by Shel Silverstein, Oh, The Places You’ll Go! by Dr. Seuss, Richard Scarry’s The Gingerbread Man (Little Golden Book) by Nancy Nolte (Author), Richard Scarry (Illustrator), and Goodnight Moon by Margaret Wise Brown.  All of them are published in the U.S., by U.S. authors and illustrators.  In fact, it has always been rare for foreign, translated work for children to thrive in the U.S. marketplace.

So, I imagine that the need for #OWNVOICE is real and urgent in China.

There is a reason I used this hashtag since I saw that someone invented this other hashtag on Facebook to stress that China Need Diverse Books: #CNDB (modeling after the #WNDB, We Need Diverse Books hashtag) as if the Chinese market is flushed with nothing BUT Chinese creators’ works.  The reality is quite the opposite.

Let’s truly examine the full ranges of the issues of picture book fields in these two countries before making judgements regarding the nature and influence of this potential “government mandate.”

The fact is: the U.S. has no government mandate, but a free market, that dictates what gets published and sold.  And what we have is usually an extremely U.S. or Western centric slate of titles year in and year out.  Any publisher is BRAVE enough to bring a couple of culturally unfamiliar, translated books into the U.S. market is praised, patted on the back, but rarely sees monetary success because of such courageous move.  (And why isn’t the Betchelder Award ever cites the Translator along with the Publisher.  Or for that matter, why aren’t translators’ names always prominently placed on the cover or title pages? That’s another whole blog post to come.)

As some of you know already, I am working with Candied Plums, a new children’s book imprint, to bring contemporary Chinese books to the U.S. There is no mandate from anyone or anywhere, except for the publisher’s and my desire to bring more cultural understanding and accessibility to the U.S. readers.  These picture books, in my opinion, do not promote the “Chinese/Communist Dogma,” nor do they convey any specific ideology except for displaying all ways that we can be human.  These books should be as popular in China as all the imported books.  So, perhaps, just perhaps, the publishers who have been working hard at publishing their #OWNVOICES would have a better chance at reaching their #OWNREADERS with this new, drastic mandate from the Government? 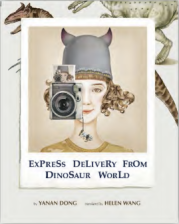 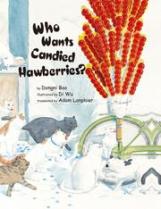 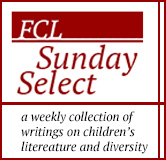 But in our digital conversion of media (perhaps buttressed by application of the popular KonMari method of decluttering), physical objects have been expunged at a cost. Aside from the disappearance of record crates and CD towers, the loss of print books and periodicals can have significant repercussions on children’s intellectual development.

Perhaps the strongest case for a household full of print books came from a 2014 study published in the sociology journal Social Forces. Researchers measured the impact of the size of home libraries on the reading level of 15-year-old students across 42 nations, controlling for wealth, parents’ education and occupations, gender and the country’s gross national product.

— by Teddy Wayne
from Our (Bare) Shelves, Our Selves
The New York Times

Our (Bare) Shelves, Our Selves by Teddy Wayne – from The New York Times

In the Works: SLJ’s Battle of the Kids’ Books 2016 Edition by Monida Edinger — from Educating Alice

We Need Ideas and Opinions

An American Refrain by Libba Bray – from Libba Bray’s Blog

Are you ready for a revolution?
As an African-American librarian, I am.
Think about it. It’s 2015, and we still need to campaign for “more diverse books.”
————-
The question we librarians need to ask ourselves is: Are you exposing your users to the full range of authors and literature out there? Are you going out of your comfort zone and reading and learning about authors and sharing that with the community you serve?

from A Call to Action for Librarians @ BookRiot

Lying to Children About the California Missions and the Indians by Deborah A. Miranda — from Zinn Education Project: Teaching a People’s History

Some Kids’ Books Are Worth The Wait: ‘They Do Take Time,’ Says Kevin Henkes  — from NPR

A Manifesto for Children’s Literature; or, Reading Harold as a Teenager by Philip Nel — from Iowa Review

I Am Marie Lu: Ask Me Anything  — from reddit.com/r/books

American audiences are capable of so much more than some in your industry imagine. And if we can break that down to what I really mean, I mean this: White Americans can care about more than just themselves. They really can. And the rest of us? We are DYING to see ourselves anywhere.

To be clear: I’m not asking for altruism here. I worked in corporate America for 20 years before I put my book out; I know the stakes, the economics. What I am saying makes solid, actual business sense: There is a vast, untapped audience out there. You need to get to us.

Why a White Blog? by Allie Jane Bruce — from Reading While White (This is the inaugural post of the new blog.)

Author Cornelia Funke Launches Own Publishing Company by Wendy Werris — from Publishers Weekly (Her decision was made due to stylistic and also cultural conflicts with Litte, Brown.)

Omission: Choosing what to leave out by John McPhee — from The New Yorker

This web comic series features interviews with children’s authors conducted and drawn by Steve Sheinkin, hosted on Fuse8, since September 2014. Here are the six installments so far:

It is long past time for the industry to move past concerns over what–if anything–dominant voices lose when publishers actually choose to publish and promote minority voices over dominant ones. It is long past time to move past that old debate of who-can-write. Moving past that debate means I want to see publishers actually doing what Lasky feared so that more books by minority writers are actually published.

from American Indians in Children’s Literature

The White Poet Who Used an Asian Pseudonym to Get Published Is a Cheater, Not a Crusader by Katy Waldman — from Slate

2016 Spring and Summer Favorites? by Nina Lindsay — from Heavy Medal/SLJ

Alex Gino on Debut Novel, “George”, and the Importance of Transgender Voices in the Kid Lit World by Kiera Parrott — from School Library Journal

Don’t even think about publishing until you’ve actually started writing, and don’t even think about writing until you’ve done a whole lot of reading. And not of websites or how-to guides; that’s just dilly-dallying. Read children’s books. Lots of children’s books. Although my grumpiness is resurfacing to tell you that if you haven’t already read lots of children’s books, for love, I’m probably not going to be interested in what you think you have to contribute. Harshing your buzz? Deal with it and dig out your library card.

— by Roger Sutton,
Editorial of the September/October 2015 Issue of The Horn Book

The Alex Crow by Andrew Smith, reviewed by Jason Reynolds — from The New York Times

Read Before You Write by Roger Sutton — from The Horn Book

The Opposite of Colorblind: Why It’s Essential to Talk to Children About Race by Hannah Ehrlich — from Lee & Low Books

Where the Magic Happens: Children’s Illustrators Open Up Their Studios – in pictures by Jake Green — from The Guardian

Learning the alphabet gave you night terrors, and even now you have a deep seated fear of being mauled by a bear.

Getting Graphic by Julie Danielson — from Kirkus

Where Are All The People of Color in Sci-Fi/Fantasy? by Anthony Vicino — from SF Signal

I’m Latino. I’m Hispanic. And They Are Different, so I drew a comic to explain. by Terry Blas — from Vox